Cedar Creek Brewery opened in 2012 in Seven Points, about 60 miles southeast of Dallas. They won their first award only one year later—a gold medal from the Great American Beer Festival for their Belgian-Style Dubbel. LUCK at Trinity Groves, the popular craft beer-inspired restaurant, offers dishes that are made from and pair with local beers.

“While craft beer continues to make an impact in North Texas, and the desire for craft kitchens captures the attention away from chain restaurants, this partnership was an easy decision,” said Jim Elliot, the founder of Cedar Creek Brewery.

Jeff Dietzman of Chef-Engineered (the driving force behind LUCK) added, “Our hearty sandwiches, salads, and entrees are the perfect addition to fresh, locally brewed beer.”

According to GuideLive.com, Cedar Creek Brewery will bring their award-winning Dankosaurus IPA to the partnership, and it’s reasonable to assume that they’ll also bring their other award winners: the Belgian-Style Dubbel, Patio Pounder Pale Lager, and Oat and Aboat Oatmeal Stout as well as their special-release brews. CCBE’s menu will be similar to the tasty offerings at LUCK, so one could hope that they’ll also feature popular area favorites, such as Lakewood Brewing’s Temptress Imperial Milk Stout and Rabbit Hole Brewing’s Mike Modano’s 561.

Every meal on the full-service menu will feature a suggested pairing of one of 30 hand-crafted, on-tap brews. Plans currently call for 15 Cedar Creek draft beers and 15 yet-to-be-determined local brews, in addition to an on-site brewery and a full bar.

The joint venture is scheduled to open in the third quarter of 2019. You can discover Cedar Creek Brewhouse and Eatery at the intersection of Valley View Lane and Bee Street in Mustang Station, the soon-to-be premier entertainment destination of Farmers Branch.

UP IN THE AIR AT MOXIE MISCHIEF AERIAL ARTS DOGGIE DATE NIGHT IN THE PARK
Comments: 0 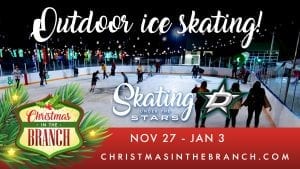