THE FIREHOUSE THEATRE TO HOST BROADWAY-BOUND MUSICAL, OSWALD
in by Discover Farmers Branch

The Firehouse Theatre in Farmers Branch revealed, at its Curtain Call 2019 Season Gala on Friday, October 12, 2018, that it will host a developmental workshop and reading for Oswald, a new musical on its way to Broadway. 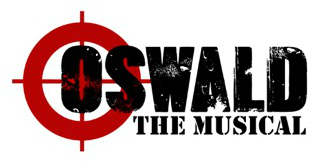 Written by Tony LePage, with music and lyrics by Josh Sassanella, Oswald tells the story of the John F. Kennedy assassination through the eyes of accused assassin Lee Harvey Oswald’s aged widow Marina. Faced with difficult questions from her daughter, Marina struggles with the past to explain the meaning of the family name through two storylines. One tracks young Oswald through difficult circumstances and ends with long-held conspiracy theories and another depicts Oswald as a cold blooded-killer looking to leave a legacy.

LePage is currently on Broadway in Come From Away and also appeared in Rock of Ages, but his talents extend off stage. In addition to Oswald, LePage wrote Plastic: The Musical and Sweet Dreams, which will premier in 2019. He and Sassanella developed a reality game show called “A Way Out,” which they are working on with Dick Clark Productions and Big Block LA.

Sassanella wrote Forever Young, an award-winning revue that runs nine months of the year in Branson, Missouri, and Empty City, a musical that is in development. His Broadway acting credits include Rock of Ages and Spiderman: Turn Off The Dark.

Kimberly Grigsby is the musical director who is currently working with Tony Award winner Michael Mayer on a royal comedy Head Over Heels: A New Musical. Grigsby has more than a dozen Broadway musicals under her direction, including Spiderman: Turn Off The Dark and Amélie.

Oswald will run May 2-5, 2019. This developmental workshop and reading is one of many steps in the show’s trajectory to Broadway.

“Tony and Josh will come down and hire local talent. The show will be open to the public over four nights,” says David Moore, executive director of The Firehouse Theatre. “They will be watching the crowd reaction to see if the story is connecting or not. Not just the entire story but every part of the show.”

These workshops help producers hone a show to keep the audience engaged with every character and scene and gives local theaters an opportunity to bring new stories to their communities.

The Firehouse Theatre has a fundraising goal of $25,000 to support the project and become part of discovering what could be Broadway’s next big hit.

This newness will be balanced by classic theater favorites, including CATS, The Glass Menagerie and Mamma Mia! The Firehouse Theatre also announced at the gala the entire 2019 Season will be as follows:

Tickets for the upcoming 2019 season will be available soon and if you subscribe to their Newsletter you’ll be the first to know. Two shows, Of Mice and Men based on the John Steinbeck classic, and White Christmas, the beloved holiday musical, remain for the 2018 season.

The historic Fire Station #1 building is located at 2535 Valley View Lane less than one mile east of I-35E.  For more information or to contact the box office please email office@thefirehousetheatre.com. 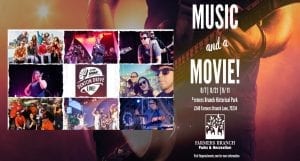 CELEBRATE EASTER IN THE BRANCH

CELEBRATE EASTER IN THE BRANCH